When it comes to Discord, you really can’t complain about getting an absolutely no questions asked free application that works across your mobile and desktop devices seamlessly. Read the tag-line for yourself!

“All-in-one voice and text chat for gamers that’s free, secure, and works on both your desktop and phone. Stop paying for TeamSpeak servers and hassling with Skype. Simplify your life.”

Voice and Text chat, they’ve not even updated it to say Video Chat which it now does too! No more paying! No more hassling with Skype! (To be honest I never actually had much of a problem with Skype, sorry!)

Simply your life. That’s basically it, isn’t it? People don’t want to read a tutorial on buying a free tier EC2 instance from AWS, installing Teamspeak for 20 people for free and running it basically forever on $0 or a few dollars.

For the majority, it’s an welcome addition to the VoIP space when it comes to creating communities and chatting to your friends. For many we used X-Fire, Teamspeak 3, Vent and skype to talk to our friends and have conversations over text if we couldn’t find the mic cause it was lobbed into a pile of laundry after a bad match of Call of Duty 4. For many, those other applications have gone with the times, no longer being used due to outdated interfaces and infrequent updates. For the rest the feature set that discord comes with, along with being put on a dedicated host that you don’t have to worry about is something that is valuable to everyone and something people even pay for. Teamspeak also offering a similar service if you fork over the cash.

I’m going to tell you why this is a bad thing. You’ve likely guessed why and it’s this.

We’ve got a player in the field right now that seemingly has no end to it’s bank account. It’s no hidden truth that discord is funded with investor money hoping to make an eventual profit. Raising over 30M dollars isn’t something you can just get back via emojis. This is the Discord plan to success!

Wondering how we plan to stay afloat as a company? We thought it’d be tasteless and boring to stuff ads into every nook and cranny of Discord, so we’ll be exploring a few less intrusive options, like optional cosmetic items, such as sticker packs, sound packs, and skins. Don’t fret, we’ll never charge for Discord’s core functionality!

In the meantime, we’ve released Discord Nitro– a small set of extra perks that you can subscribe to monthly as a way to show your support and help us continue making a super-cool extra-awesome! Not only will your contribution help us along our journey, but you’ll look super stylish doing so. (Here’s a link to a nifty article for more info!)

We’d love if you pulled a few of your close friends into the Discord family. Every extra voice helps us grow a little bit more, and that means a whole lot to us.

So that’s it. Support Discord based on skins, voice packs and emojis. For every 16 year old Sean with no money this is a dream come true. Kids will fall head over heels for this sort of application because they don’t have to pay anything! As Discord is a private company I can only assume so much so take everything I say in this article with a massive grain of salt as it’s all assumptions. But surely, running a platform the size of discord, processing all that voice, maintaining two applications and now multi-call video chat, it has to be striking something into their wallet. As someone that’s seen the potential bill from just a small AWS operation, they can’t be breaking even. If they are, the internet is far more happy to throw money around than I thought it was.

The other applications,  they look outdated, they feel outdated, but are they really? I’ve heard this thing go around funnily enough that Teamspeak 3 has around the same if not slightly better/worse audio quality than Discord. It depends fully on way to many variables to count, if you’re using some cheapo $40 headset, everything’s going to sound the same. If Discords servers go through some issues, then your going to have a dip in quality. A stable Teamspeak 3 server, hosted by you, under your control, located 30 cm away from you, there’s little delay, little lag, little audio issues because you control all the variables! Maybe it’s a shift in the market that is making it more outdated? People are shifting towards complete and utter laziness, or well simplicity. I think every group of friends has that one guy/gal that knows a bit too much about computers and wants to prove themselves right? Get him/her on the job, they’ll love it! Really I only consider Teamspeak 3 a viable competitor to Discord. In my opinion it’s audio quality is far better, it’s managed by you and it’s got a mobile app that does the damn job. I’ll be honest, if I want to send memes and talk to people on my mobile, I want to use something like WhatsApp or iMessage. They are far more lightweight, native and fit the job way better.

I remember vividly when Discord was first picking up steam. EVERY streamer on twitch was advertising it. Similar to how every streamer ends up playing Fortnite, Sea of Theieves, PUBG, etc. Maybe I’m 100% wrong on this but it seems like gamers and the market in general is being influenced heavily right now by these sorts of sources. I’ll never forget when everyone was advertising Curse Voice as a serious competitor, getting their buddies on Curse because they had to use it and wanted to push it. Like, basically if your favorite streamer is using a service at this point you need to go out of your way to ensure they aren’t getting dollars for that. Only streamers I trust are the ones using Skype at this point because they’re too stubborn to move their contacts lists.

Reddit too was also into this. For some reason every subreddit needed it’s own Discord. You take the discussion out of reddit and put it on another platform. Thus killing some of the conversations that would occur on your reddit. The mods reasons? They want quick chats to happen on Discord. What the hell is the point of a discussion board if you’re going to block submissions based on length cause they should be more appropriate in a Discord setting! Reddit mods never have made much sense though.

It’s a single point of failure that people continue to never learn from. Put all your resources into one product, a product you can’t control, with noted service issues, no real plan of generating income other than subscriptions. Twitter got Flak for taking a million years to generate a decent enough profit that it actually made headlines.

I used to be big on this forum called Game-Tuts. A site which many of us poured thousands of posts into, guides, tutorials, save game files, a fantastic resource for new and advanced gamers. Know what happened? The site shut down a few years ago now and hasn’t been live since then, forever lost to the internet gods. Nothing lasts forever sadly, especially when it’s free and the money dries up.

Amazon as well, they just invested absolutely everything into market share, they buy things they need to get to where they want to be. AWS is an extremely fantastic solution to what used to be buying a £60Dedicated server from OVH and calling it a day. Don’t get me wrong, sometimes it works out. Amazon are second to none in perfecting their technique, but even they took a while to generate a profit worth a news headline.

But Discord isn’t Amazon. They can’t exactly go into selling hairdryers by the cheap so you keep coming back for that same day delivery. At this point, maybe they’ll get into books?

So, what should you do? Discord makes no money, every other platform has kept to their ways and streamers keep forcing sponsors on you. Well it’s simple, you weigh up what’s important to you and pick the best solution right?

I just think it’s extremely odd that the internet looked at this free service, asked what the catch was and never waited for the answer. But the older I get, and the stupider I become I realize that perhaps I should just jump in head first and forget about that voice telling me to stop being a party pooper.

My prediction, Discord is waiting for the right price, is going to sell out to the top bidder and leave the service in someone elses problem. That is what I’d do and I assume the founders aren’t total idiots. They’ve built a fantastic application, but it’s time to relax on a sunny beach in Scotland. Or well, perhaps stay indoors with the heating on.

Maybe that’s just the 3% of a tory voter in me. 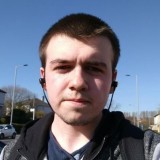 *I was very pleased to find this web-site.I wanted to thanks for your time for this wonderful read!! I definitely enjoying every little bit of it and I have you bookmarked to check out new stuff you blog post.